Is This Addictive Puzzle App Suitable for Children?

Toy Blast is yet another hyper-colorful puzzle game in the vein of Candy Crush, Blossom Blast, Diamond Digger, and of course, the OG, Tetris.

So, what makes this app different from the rest? And, more importantly, is it suitable for our children? That’s exactly what we endeavored to find out here at Geeks with Juniors. 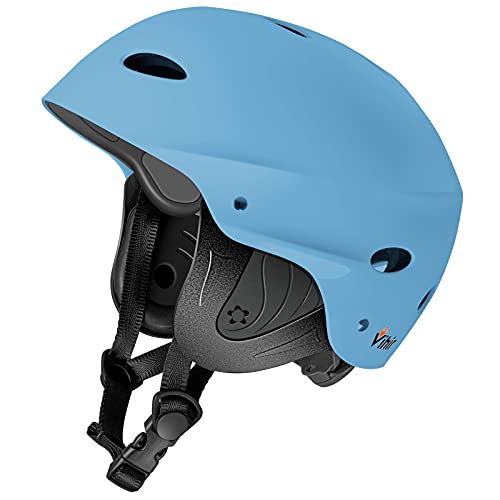 The general idea of ‎Toy Blast is simple. It’s a story we’ve all heard before. You have to match the colors of 2 or more cubes in order to destroy them, making room for even more cubes to fall down and take their place.

There are a number of “boosters” and “power-ups” sprinkled in here and there that can help the player clear a greater number of blocks faster.

To complete a level, you’re tasked with amassing a certain amount of points or “blasting” certain artifacts. Once you hit your target, you move on to the next level — it’s really as simple as that.

While there are a few little extras in Toy Blast that you won’t find in competitor apps, it would be a lie to say that Zinga (the developers) aren’t just reinventing the wheel.

There’s no overarching goal other than to press on and reach higher levels. As Zinga is periodically releasing new stages, you don’t ever really complete the game. After all, once you complete a game, you’re likely to move on to something else, and Zinga needs you to keep playing.

Verdict - We’re not impressed by the core idea of Toy Blast. It’s been done a thousand times before, and Zinga doesn’t bring anything refreshing or even remotely interesting to the table.

Is The Toy Blast App Enjoyable?

If you’re (like we were) yawning at the prospect of another “match 2” puzzle game, then you’ll have no desire to play Toy Blast, but here’s the thing...it is incredibly enjoyable.

We know, we know...we just spent the last few paragraphs riffing on the app’s shortcomings, but games like these are designed to be as addictive and pseudo-fulfilling as possible. You can’t blame anyone for becoming invested in it.

The colors are enticing, the graphics and noises when you “blast” the blocks are more satisfying than we’d like to admit, and with levels in the thousands, it doesn’t exactly promote a slow-paced, savor the moment sort of playstyle. Instead, you become a little manic as you try to get to a respectable stage.

Remember when we mentioned “the extras” earlier? Well, they’re time-based, elapsing after 24 hours, which again, adds to this sense of urgency, that you must play the game, otherwise, you’ll be missing out.

What are these extras, you ask? Well, there are daily “treasure hunts” and “treehouse climbs”, that lead players from point to point on a map or up a tree, in order to obtain higher scores.

And the crazy thing is, these “extras” aren’t really extra at all, they’re just more of the same kind of matching puzzles reframed to make them seem fresh.

You understand this as you’re playing, but you’ll still find yourself clicking on the app icon, telling your friends you need a moment to complete your Toy Blast task for the day.

Oh, and did we mention that Toy Blast doesn’t require an internet connection? You can literally play it anywhere, any time. It feels as if you’re constantly being herded towards it.

Verdict - Yes, Toy Blast is enjoyable, just as Candy Crush was before it and some other rehash of the matching game will be after it.

Is The Toy Blast App Kid-Friendly?

Okay, so there’s very little about the gaming content of Toy Blast that is overtly bad for kids. It’s nice and colorful, it’s easy once you know how it’s done, and there’s no dirty language, violence, or adult content.

The cutesy characters are sweet and kind (if not a tad cloying), the game aesthetic is very child-like (with the treehouse and the toy blocks and all), but we’d never in a million years recommend this to parents for their kids.

We’re not sour on Toy Blast for what it includes, more what it lacks. It’s just another hollow matching game pedaling hollow achievements that mean nothing, leaving you with absolutely nada in the way of a real-life reward.

What’s more, Toy Blast is a freemium game with tons of in-app purchases, which is always dangerous when you add kids to the equation. If you forget to turn off in-app purchases on your device, who’s to say your child won’t accidentally spend your hard-earned cash.

It’s happened countless times before. In fact, it was happening so often, Amazon was ordered to take action and offer refunds on any unauthorized purchases in their apps.

Another “necessary” evil of most freemium apps is the ad content, and Toy Blast is no exception on this count. Between every level, your screen becomes inundated with ads that children may not understand the nature of and mistake for in-game content.

Verdict - From a content standpoint, Toy Blast is suitable for kids upwards of 4 years old, but in terms of substance, it’s not suitable for anyone, let alone our children.

Is The Toy Blast App Educational?

To answer the question as bluntly as possible, no. The Toy Blast app is not educational, like...at all. There is no spelling or reading to be done. There are no sums to tackle or emotionally educational aspects to engage with.

Toy Blast is just a puzzle game, and not one of those high-brow ones thought to stave off dementia and Alzheimer's. It’s the sugary kind that’ll get you hooked and waste your time, but that doesn’t mean it can’t be used to teach. Confused? We don’t blame you, but hear us out.

The modern world is full of what author of The New Childhood: Raising Kids to Thrive in a Connected World, Jordan Shapiro, calls “upselling muddle”.

An example would be the minimal fee you can fork out at your favorite fast food joint to supersize your meal. You don’t need or necessarily even want the extra, but its availability alone is enough to entice.

Another example is your TV or streaming service offering you 100 extra shows or channels for a small bump in the subscription fee.

Toy Blast, with all its appealing in-app purchases that help to carry you through the game quicker, functions on the same psychological level. Scary, we know, but not if you use the app as a cautionary tale.

Toy Blast is the perfect way to introduce your child to the concept of “upselling muddle” in safe and controlled circumstances, so they don't fall prey to it in later life. Besides this, there is no educational value in Toy Blast.

Now, we know what you’re thinking… Does it have to be educational? What’s wrong with a bit of good ol’ fashioned fun, right? Well, we agree with you there, but if you do let your child play on Toy Blast for fun’s sake, make sure to impose strict screen-time limitations.

Young children don’t have the capacity to rationally assess time allocation, meaning they’ll spend ages on something like Toy Blast without realizing they might be better off doing something else.

Verdict - Toy Blast can be used as a cautionary tale to help children understand the pitfalls of needless “upgrades”.

Is The Toy Blast App Worth It?

Toy Blast is free to download, so whether it’s worth the money isn't applicable here, and in the absence of a financial aspect, the question becomes, is the Toy Blast app worth our time?

The answer is a resounding no. None of the games that fall into the Toy Blast paradigm are worth our limited time on this planet; however, we do see some scenarios in which this app could be considered meritorious.

As you don’t need a network connection to play, you can use it wherever you are to kill time when you have nothing else to do.

We would argue that reading a few pages of a book is a better way to make use of spare time between engagements, but Toy Blast is fun, and as long as it doesn’t become a priority, it’s harmless.

Verdict - As long as you limit your own and your child’s Toy Blast screen time, it’s worth it.

Toy Blast is a devilishly fun, addictive, and almost entirely useless game that should be addressed and used with caution, especially where kids are involved.

Despite the colorful graphics and child-friendly characters, it is not a “kid’s game” by any stretch of the imagination, and in fact, employs quite a few psychologically exploitative methods in order to encourage long-scale play.

Yet, as sinister as that is, it’s nothing new with these types of games, which is really our overarching critique of Toy Blast...it does nothing differently, good or bad.